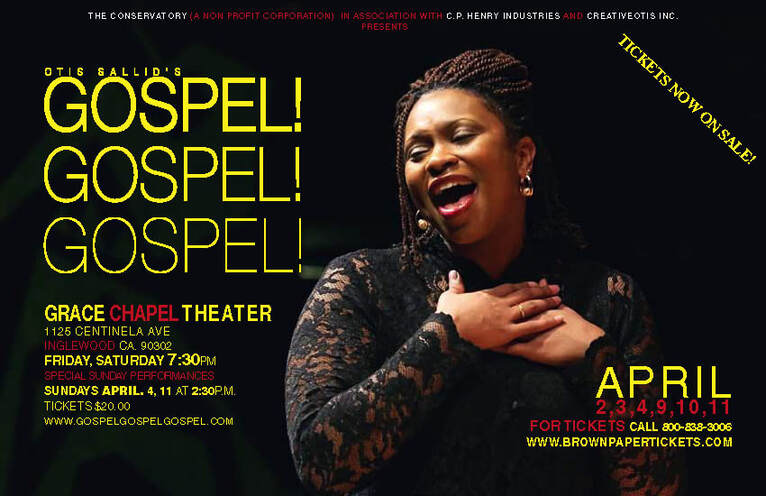 The Story
In 2006 my colleagues and I came to Cleveland to create a show called Gospel! Gospel! Gospel! It was produced by Cleveland’s own James Pickens (Grey’s Anatomy), and hosted by the Karamu House Theater. It was scheduled to run for two weeks but yet, six weeks later, with sold out houses, unprecedented box office success and rave reviews the show went on to be a rousing success. We had obviously hit a particular niche market as the show brought together so many different kinds of people who were not being spoken to or who did not have a voice. In addition, it solidified a community, created commerce and lots of good will across the city of Cleveland.

All under one roof, black and white, Jew and gentile, young and old, rich and poor came to see, to gather and to witness this phenomena of a show called Gospel! Gospel! Gospel! It was a feel good message show, with historical significance and deep roots in all cultures.

An older Jewish woman came up to us and said, “my mother would sing that song to us as a lullaby. I remember it so well. Thank you.” We were all moved. I would have never had met this woman in any other circumstance. The show at that moment crossed boundaries that could not be crossed by any other means. In that moment we all came together. All of us were one. This is the power of theater. This is the power of Gospel! Gospel! Gospel!

The Cleveland Plain Dealer wrote:
Live theater can transport us through time and space, beyond racial, cultural, religious and societal bounds, into a world of ideas and a deeper understanding of ourselves, our fellow human travelers and our meek place in the infinite universe.